Posted at 21:31h in Cult Collaborations by Marianne_Cultvision 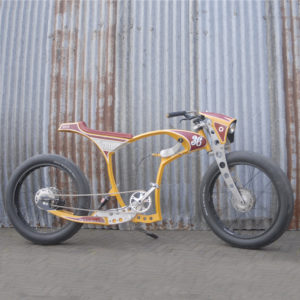 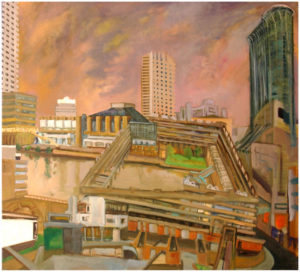 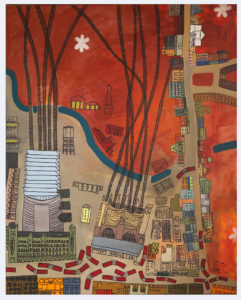 Born 1980 in Bielsko Biala, Poland, from early on developed interest in relation between capacities of human body and its environment. In the 90s, a skateboarder and multidisciplinary art practitioner (painting, sculpture, film and theatre) began traveling around Europe to finally settle in London in 2000.

With a new perspective of the metropolitan, working out of studios in Hackney, a district of a vibrant art scene at the time of its renaissance, Tomas synthesized his style in the Microclimates series. Urban landscapes executed in variety of mediums and techniques, offers personal and loosely topographic depictions of different urban neighbourhoods of European metropolises. Perspective becomes individualised while traditional understanding of form, scale and colour is taken over by a playful, near symbolic approach.

The series was extensively exhibited around UK, with early work first shown in 2006 at the renowned Foundry gallery in Shoreditch and culminating in a solo show at the 2008 Liverpool biennial. Some of the finest examples of this body of work have been brought together for this exhibition.

With his interest increasingly shifting towards motion, Tomas continued exploring urban space, yet through a different medium – an array of bespoke one off custom pushbikes and electric bikes, establishing OCD connection in 2012.

– says Tomas who uses his palette of remote references to dream up his machines. Dangerously enough, anything could end up being an inspiration, even the Tube map. If there’s anything signature to his style, it’s diversity and outside the box thinking. The lines revolve around the harmony of human body and that of jazz music. Pushing the envelope of rich heritage of custom motorcycle and car cultures, translated into a dimension of a bike, each build is governed by its unique scope and rider’s individual requirements. The retro-futuristic aesthetics bridges achievements of the past with modern developments, always walking the thin line where form and function coexist.

– “I don’t build no trailer queens, I rode one of my builds from London to an international meet in Amsterdam where it got awarded the Cruiser Of The Year award”

With over 30 completed commissions under his belt in the last decade, featured in numerous shows and publications, Tomas keeps expanding his horizons. We offer in this retrospective a look back at some of Tomas’ landmark bikes and paintings.

We are simultaneously running a Virtual Exhibition featuring the best of his work in our Marylebone Show Room, click here for a tour!